The density of sponge hasn’t been announced yet. It is estimated to be 47.5~50.0 degree. (The density data will be updated in the future.)

From the unique pimple geometry, it is expected that ‘Quantum X Pro’ will give much difference from existing ‘Quantum’ series. I performed court testing for the comparison between ‘Quantum X Pro’ and ‘Quantum/Quantum S’.

For the testing of ‘Quantum X Pro’ I selected Tibhar ‘Samsonov Force Pro Black Edition’ and Tibhar ‘Fortino Pro’. ‘Samsonov Force Pro Black Edition’ is my favorite blade that is always used for testing. ‘Fortino Pro’ is selected just because it is very good blade for smash and block. Therefore ‘Fortino Pro’ makes excellent combination with speed-oriented rubbers such as ‘Quantum’ and ‘Quantum S’. As always, some other blades were also used for testing. I will explain only the average result of testing if there isn’t anything that should be especially mentioned.

Regarding performance, ball speed is impressive. It is very easy to make fast ball. The trajectory of ball is somewhat linear. However, ball control is much better than expected, thanks to improved spin and unique feeling. ‘Quantum X Pro’ produces noticeably more spin than ‘Quantum’ or ‘Quantum S’, although the amount of spin is not as big as that from ‘Evolution MX-P’. Unique feeling is of course because of unique pimple geometry. Player will be easily predict the result of impact. The high level of predictability is the most important advantage of ‘Quantum X Pro’. It also makes playing at close-to-table area very easy. Although the amount of spin from ‘Quantum X Pro’ is not as satisfactory as that from ‘Evolution’ series, continuous quick topspin at close-to-table with ‘Quantum X Pro’ is excellent, because high level of predictability makes the play very stable and very precise. Block is also very easy to perform, and very precise. At the beginning I expected that ‘Quantum X Pro’ will be very good for the topspin from mid-distance area because it makes very fast ball. However, during testing I noticed that ‘Quantum X Pro’ is optimized more for the play at close-to-table area.

Tibhar ‘Quantum X Pro’ is a new top model of ‘Qauntum’ series which lays importance not on spin but on speed. While keeping the basic concept – speed – of ‘Quantum’ series, ‘Quantum X Pro’ provides improved spin and more direct feeling by the application of new pimple geometry. Very high predictability thanks to the dense arrangement of short pimples is another advantage of ‘Quantum X Pro’. It makes the play at close-to-table area very easy and precise. If player doesn’t stick to top level of spin performance, ‘Quantum X Pro’ will be one of the best choices. The combination with mid~mid-high speed blade with soft feeling will make best balance.

Verdict
• Speed-oriented of top level, that provides improved balance of performance and excellent ease of use.

Recommendation
• The players who want to easily make fast ball but at the same time don’t want to give up safety and precision.
• Close-to-table players who want more direct and more precise feeling of rubber. 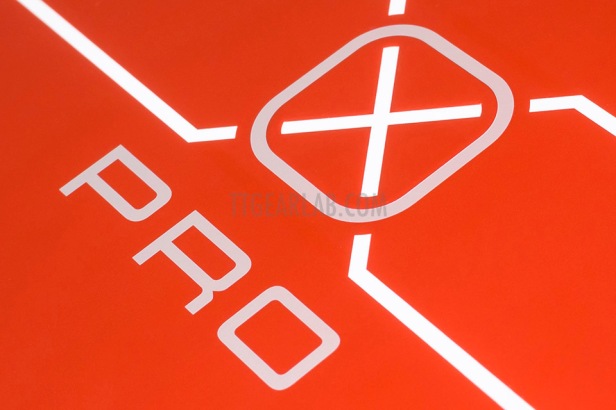 The dates on TTGearLab follow the time in London, United Kingdom.